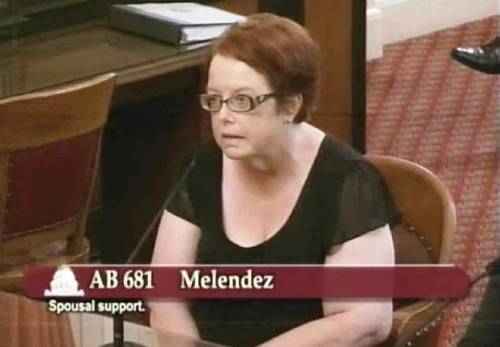 It happens to battered spouses too. I know a woman who worked 80 hours per week to support her abuser, who chose to be a “stay at home father.” His idea of childcare entailled making his daughter stay upstairs in her room. He eventually tried to kill his wife for insurance money. After she escaped, he received a slap on the wrists, then he proceeded to stalk her. Imagine her surprise when the divorce lawyer told her she may get stuck paying alimony to him because she had supported him for years during the marriage.

Anyone in a similar situation needs a really good lawyer as well as a domestic violence advocate to help them through the tangled web of getting a divorce. This woman was “lucky.” She didn’t end up paying alimony. It has been 4 years since the divorce was finalized .Her ex has never stopped stalking her.

This work is licensed under a Creative Commons Attribution-NoDerivs 3.0 Unported License.

Author of Nightmares & Visions, both paranormal mystery, in addition, on this site, you'll find stories about romance, love, children, grandchildren, humor, serial killers and much more!

News, Information, and Resources for Helpers

An end to cyberstalking

The Abuse Expose' with Secret Angel

A blog reaching out to victims of abuse and others in need, providing insight about abuse, hope for the future, and guidance to see THE LIGHT that lead Secret Angel out of the darkness of her own abusive situation and helped her to not only survive but to overcome.

Finding Hope in This Crazy World

CommuniCATE Resources for Writers
Thoughts And Views That Matter!

Write To Make An Impact

the bit your brain can't itch, served in a packet of alternative pig shit.

Don't wait to see the world.

Literature with a delicate perfection

Passion is a five letter word : Heart - by Cat Forsley

The Writer Next Door | Vashti Q

Eclectic writer of fiction and non-fiction